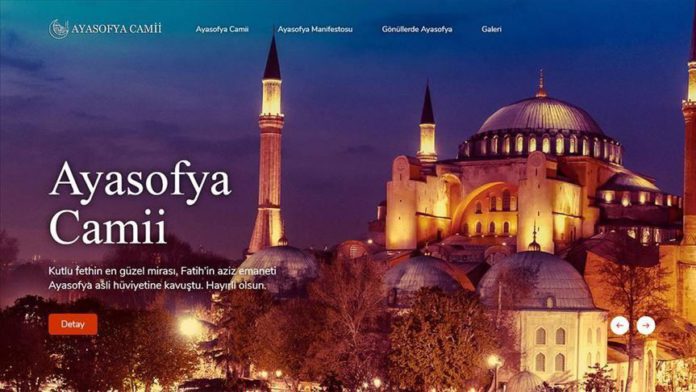 Turkey’s Directorate of Communications prepared a book and website about the reopening of the Hagia Sophia Mosque for worship after 86 years.

Hagia Sophia Mosque: The trust of Fatih Sultan Mehmed Han, common treasure of humanity, was prepared in Turkish, English and Arabic and distributed at the mosque’s opening ceremony, according to the directorate.

A website was also opened for the landmark reopening, ayasofyacamii.gov.tr, in Turkish and English.

The website includes excerpts from the book and photos of Hagia Sophia.

On July 10, a Turkish court annulled a 1934 Cabinet decree that turned Hagia Sophia into a museum, paving the way for its use again as a mosque after an 86-year hiatus.