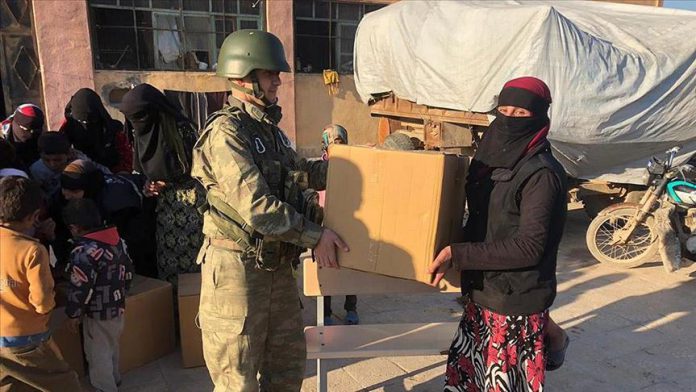 Aid from the ministry and Turkey’s Disaster and Emergency Management Presidency (AFAD) was distributed in the town of Tal Abyad, recently liberated from PKK/YPG terrorists by Turkey’s counter-terrorism operation in northern Syria, the ministry said Wednesday on Twitter.

The ministry added that they also gave the Syrians blankets to keep warm as temperatures drop.

Turkey launched Operation Peace Spring on Oct. 9 to eliminate YPG/PKK terrorists from northern Syria east of the Euphrates River in

US special envoy for Syria arrives in Turkey for talks