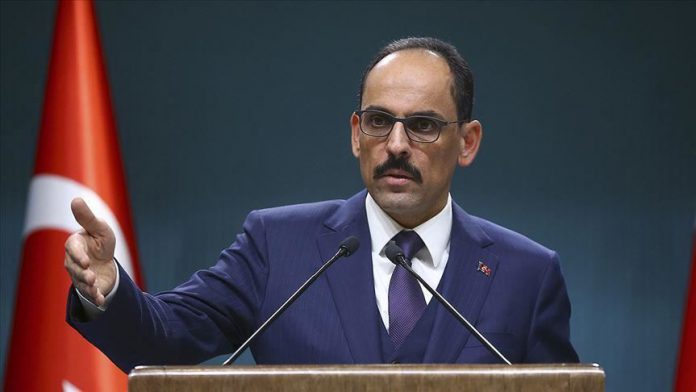 2019 was the year for Turkey when the country proved its power both on the table and the ground with three crucial moves, said the presidential spokesman on Sunday.

Appearing on a local TV channel for a live broadcast, Ibrahim Kalin said the momentous moves were Turkey’s anti-terror operation in Syria, the drilling activities in the Eastern Mediterranean and the recent military and maritime deal with Libya.

Kalin commented on Turkey’s foreign policy and global political developments that left their mark in 2019.