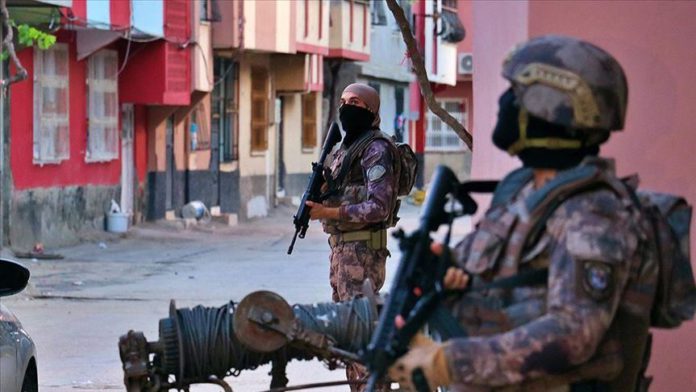 Turkish security forces prevented a total of 96 terror attacks and arrested 54 terror suspects in the first half of the year.

Intelligence activities and the efforts of law enforcement teams bore fruit with a total of 99 terrorist activities, including 93 by the YPG/PKK, two by leftist groups and one by Daesh/ISIS, having been stopped.

According to figures from security sources obtained by Anadolu Agency, 54 suspects, including 42 from the YPG/PKK, 10 from Daesh and two from left-wing terror groups, were arrested during the operations.

As part of the operations, police seized dozens of explosives across the country.

In 2019, Turkish security forces hindered a total of 328 terror attacks, with 299 from the YPG/PKK, 18 from Daesh and 11 from leftist terror organizations.

Biden ups effort to get vaccine into arms