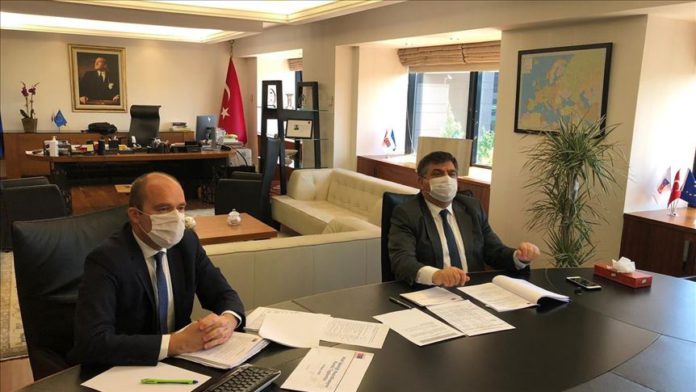 Turkish Deputy Foreign Minister held a digital meeting with officials from all Turkish ministries and institutions to prepare for EU’s third-term of Instrument for Pre-Accession Assistance (IPA) for the period of 2021–2027.

Turkish Foreign Ministry in a statement on Thursday said Deputy Minister of Foreign Affairs and Director for EU Affairs Faruk Kaymakci on May 13 held a Financial Cooperation Coordination Council meeting to inform all ministries while discussing and proposing projects for the country’s EU accession process.

The EU-backed IPA funds is a financial instrument for candidate countries, used towards projects and programs allowing alignment with EU acquis, creating capacity for economic and social cohesion.

Turkey, as a EU candidate country, used €9.3 billion (over $10 billion) from the IPA funds towards a number of programs and projects during 2002-2020 period, added the statement.

These projects and programs were on the meeting agenda, along with democracy and governance, the rule of law and fundamental rights, environmental and climate action, transport, energy, competitiveness and innovation, education, employment and social policies, agriculture and rural development.

As IPA enters its third-term, Turkish Foreign Ministry’s Directorate of EU Affairs began to work on projects and programs for pre-accession funds.

Kaymakci during the meeting said the IPA commission allocated nearly €14 billion of budget for the third-term towards all seven candidate countries, including Turkey.

A competitive programming based on performance will be carried out in this new period as there will be no country-specific allocations, he noted.

All Turkish ministries and institutions began efforts to establish relevant and mature projects to prepare Turkey for the EU accession, added Kaymakci.

He also said on Twitter: “Despite Covid-19 restrictions, Turkey is ready for IPA III (2021-27) period. Directorate of EU Affairs is thankful to all Ministries and Institutions attending Financial Cooperation Coordination Council and proposing relevant and mature projects preparing Turkey for EU accession.”