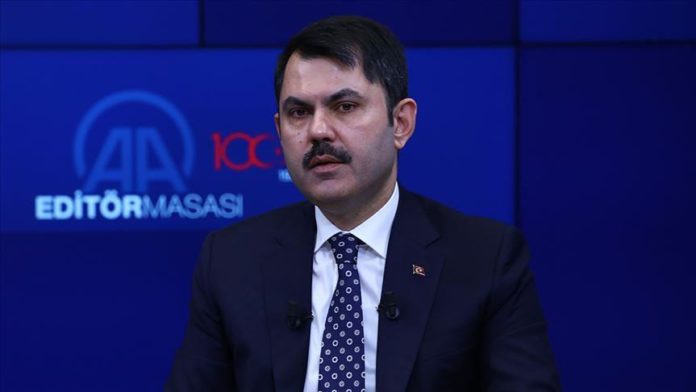 “We will encounter events that we have not seen in our country before. Heavy rains, floods, landslides will be more seen often,” Murat Kurum told Anadolu Agency’s Editors’ Desk in the capital Ankara.

With the rise in sea levels as icebergs melt due to the rise in temperature, Kurum said an all-out fight against climate change is needed.

Recalling Wednesday’s meeting of G20 Environment Ministers, the Turkish official said each country has prepared their own action plans and put these plans into effect.

Regarding Turkey’s effort to combat the effects of climate change, Kurum said they are boosting green areas, creating “ecological corridors” between the four regions from east to west and from north to south, and launching People’s Gardens across the country.

On the sandstorm that hit Ankara on Saturday, Kurum said it was a whirlwind that rarely occurs in Turkey.

The sandstorm first hit the Polatli district of the capital and then engulfed the entire city. Six people were mildly injured after being hit by flying objects.

About the recent flooding that occurred in the Black Sea province of Giresun, he said 10,000 buildings were found to be at risk following investigations.

In late August, floodwaters claimed six lives and destroyed buildings in the area causing vehicles in Dereli to drift.

Rains reached 137 kilograms (302 pounds) of density, according to the state meteorology authority.