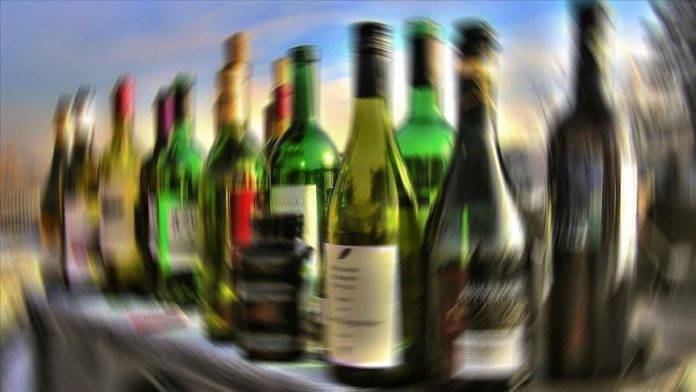 Seeking to stem deaths from alcohol poisoning, Turkish security forces seized over 2,200 liters of bootleg alcohol Tuesday in operations across the country.

Some 160 liters of alcohol and 200 liters of liquid ingredients used for its production were also seized in the northwestern Bursa province. Police teams detained one suspect in the operation.

In the southeastern Kilis province, security forces seized some 192 liters of bootleg alcohol last week, according to security sources.

Police teams in the northwestern Kirklareli and central Kirsehir provinces arrested a total of 10 people over their alleged involvement in the production of methyl alcohol.

According to data compiled by Anadolu Agency, a total of 64 people in 10 provinces have died of methyl alcohol poisoning since Oct. 9.