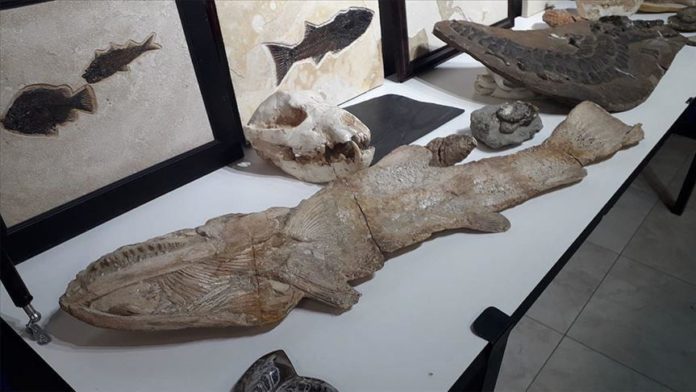 In two operations in the capital Ankara, the teams found the fossils in a house allegedly being used by a criminal organization founded and run by imprisoned televangelist Adnan Oktar.

The fossils were to be sold for the group’s financial survival, said a suspect who illegally brought the artifacts into Turkey.

In the first operation, security forces found 802 fossils, uncovering and 77 more in a second.

Legal procedures are underway for the suspects and owner of the house.

Officials said the fossils would be delivered to a museum in Ankara.

Adnan Oktar was remanded by a court in 2018, along with 168 others, for allegedly committing numerous crimes, including establishing a criminal organization, child sexual abuse, kidnapping, tax fraud and terrorism.