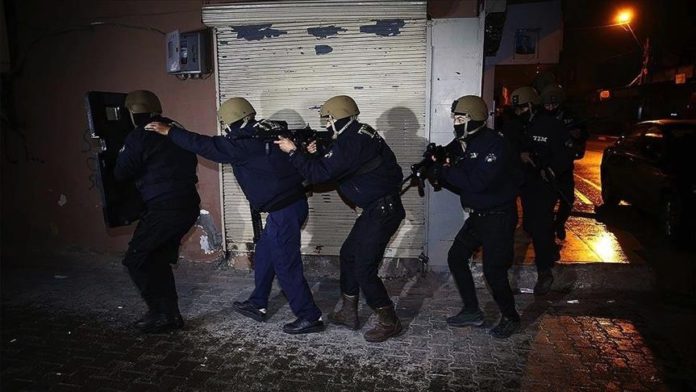 Acting on a tip-off, police in Mardin province held an operation against the suspects thought to have provided the terror group with weapons and ammunition, according to a police statement.

Authorities found 200 grams of improvised plastic explosives, as well as other bomb components in hidden compartments in one of the suspect’s shoes.

Three of the suspects were Syrian nationals, with two transferred to the provincial migration office to be deported. Another suspect was released on bail, while the fourth remains under arrest.

Multiple organizational documents and digital materials were seized by the police in the operation.