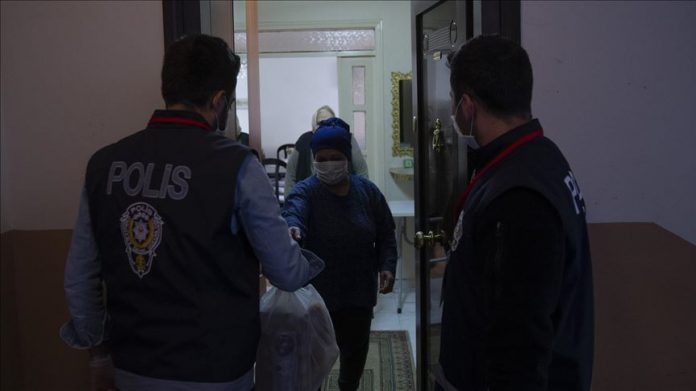 Turkish police on Saturday handed out bread to people confined due to curfew as a measure to fight the coronavirus outbreak.

On social media, users posted pictures of police officers handing out bread to people in 31 of Turkey’s 81 provinces — 63 million people of Turkey’s population of 82 million — amid a two-day curfew that went into effect Friday at midnight.