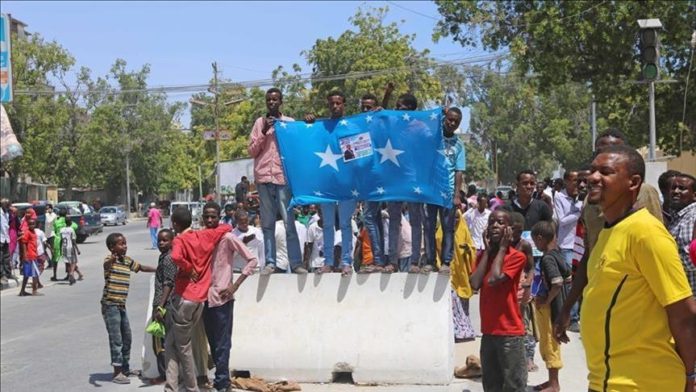 Turkey is playing a key role in Somalia even amid a political stalemate in the Horn of Africa country due to delays in national elections, according to a Turkish analyst.

“As a donor country, Turkey has been playing an important role in Somalia since 2011,” Serhat Orakci, a researcher at the Istanbul-based Humanitarian and Social Research Center (INSAMER), which is part of the Humanitarian Relief Foundation (IHH), told Anadolu Agency.

“And because of that, the political instability in the country has been watched carefully by Turkish officials,” said Orakci, also the author of a 2018 book on Turkish-African relations.

According to Orakci, some candidates for the presidential polls have histories of close ties with Turkey, for instance, former presidents Sheikh Sharif and Hassan Sheikh Mohamud, who both worked with Turkey.

“However, Turkey’s policy in Somalia seems to focus on the country’s development rather than particular figures,” he explained.

“I think Turkey has the ability to work with any candidate who will be the country’s next president when the election dispute ends.”

A decade ago, Somalia’s 2011 drought killed over a quarter-million people, and Turkey played a key role in overcoming the ensuing famine by initiating many projects, such as a 200-bed training and research hospital that opened in 2015.

During the 2011 famine, when then-Prime Minister and current Turkish President Recep Tayyip Erdogan visited the country, he went to camps where internally displaced people were staying instead of rushing straight to the presidential palace, a move which inspired Somalis’ feelings of love and solidarity towards the Turkish people.

“When the Turkish government in 2011 went to Somalia to save dying children dying of famine,” Sayid told Anadolu Agency, “the rest of the world was watching Somalia die and perish.”

Sayid, who also has Australian citizenship, added that he divides his time between Somalia, Turkey, and Australia.

“At that time, there was not a single embassy in Somalia except for the Ethiopian Embassy,” he explained.

But the years that followed saw the Turkish government forge strong bonds with Somalia and send considerable aid to the country.

It helped “stop the famine, support the building of hospitals, build the roads, support the Somali community,” said Sayid.

Later, he added, an “influx of embassies and foreign diplomats came to Somalia.”

According to Orakci, the election dispute in Somalia remained unresolved.

“The COVID-19 pandemic, financial deficits, and disputes between regional states with the federal government under Somalia’s federal system have all caused delays in the election calendar,” Orakci said.

“Recently, federal authorities sat down with regional governors but the conference did not bring any result,” he added.

The Horn of Africa country hit a political stalemate after presidential and parliamentary elections were delayed and the president’s constitutional mandate expired on Feb. 8.

Recent clashes between government forces and opposition protesters have claimed the lives of at least four people, including soldiers.

“The election process in Somalia is an indirect system, since some parts of the country still remain under the control of Al-Shabaab,” said Orakci, referring to an al-Qaeda-linked terrorist group that has committed scores of deadly attacks in Somalia, including ones directly targeting Turkish projects in the country.

“Somalia’s election was supposed to take place last year by direct voting, but for security reasons and center-periphery disputes there have been delays until today,” he added.

“In the indirect system, a number of elders choose MPs for parliament, and the MPs are supposed to choose a new president. However, this system is open to corruption and it is very doubtful whether it reflects the real opinion of the people or not,” Orakci explained.

Last month Turkey expressed concern over unrest in Somalia as tension rose due to the delayed polls.

“We are concerned about the recent negative developments arising from the dispute over the election process in Somalia,” the Foreign Ministry said in a statement.

“It is important that all parties act with common sense by avoiding steps that may lead to violence, and that the Federal Government and Federal Member States’ Leaders come together and try to resolve disputes with an inclusive and constructive dialogue on the basis of the agreement reached on 17 September 2020,” the statement added.

“We believe that the friendly and brotherly people of Somalia have the will and political maturity to determine their own future,” the ministry said.

“In this context, we hope that a consensus will be reached on the election process, on the basis of mutual understanding without further delay,” it added.

Nigeria proposes 1 year for stolen artifacts to be returned from...