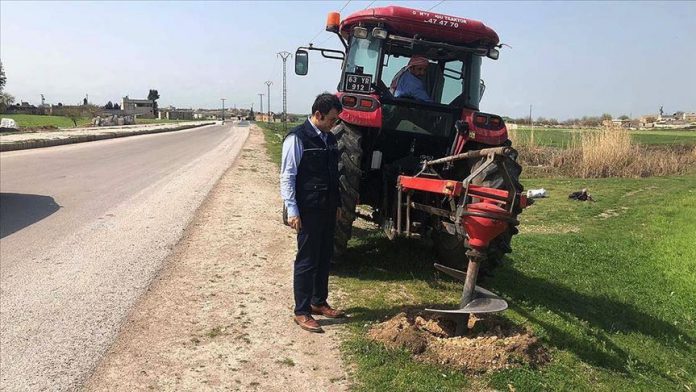 In a statement on Wednesday, the Regional Directorate of Forestry in Turkey’s southeastern Sanliurfa province bordering Syria said a project to plant saplings in Tal Abyad was underway through the Syria Support and Coordination Center (SUDKOM), a division of the Sanliurfa governor’s office.

As part of the project, assigned teams are planting saplings along roadsides and in recreational areas for the public, according to the statement.

The project, it added, was