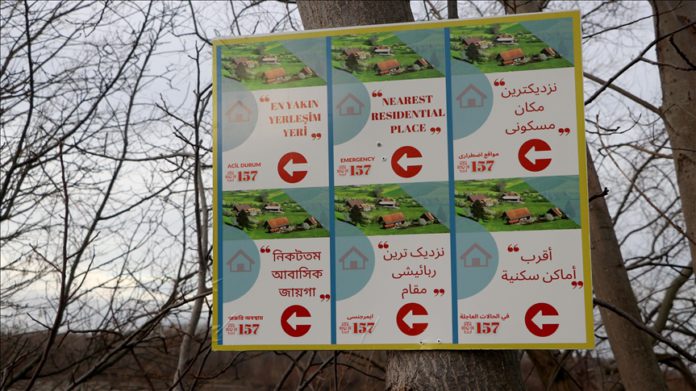 Musa Asilioglu, the manager of the provincial migration office in northwestern Edirne province, said Turkey leads a migration policy that sets an example to the world.

“We do not neglect our humane and conscientious responsibilities in dealing with irregular migration.”

He said that they placed signboards with instructions and phone numbers that migrants may need in case of emergencies.

“Our purpose is to help migrants facing mishaps so that we can prevent situations that hurt human conscience,” he added.

Asilioglu said the signboards were written in six different languages, and the instructions include directions to the nearest settlement and emergency hotline 157 for foreigners.

It hosts nearly 4 million refugees, including some 3.6 million Syrians, more than any other country in the world.