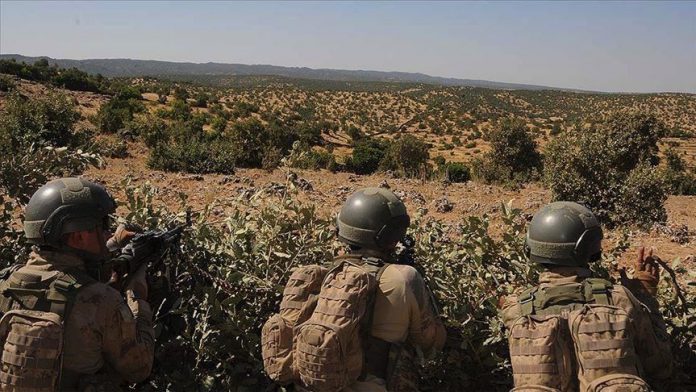 A PKK/KCK terrorist surrendered to security forces in southeastern Turkey, according to security sources on Wednesday.

Rahime Aslan, codenamed as Helin, turned himself in at the Demirtepe border police station in Mardin province after being persuaded by provincial gendarmerie forces.

Aslan joined the terror organization 14 years ago, the sources added.

Turkish security forces and the families of terrorists have been able to persuade at least 60 terrorists to drop weapons since the beginning of this year.

In its more than 30-year terror campaign against Turkey, the PKK — listed as a terrorist organization by Turkey, the U.S.,