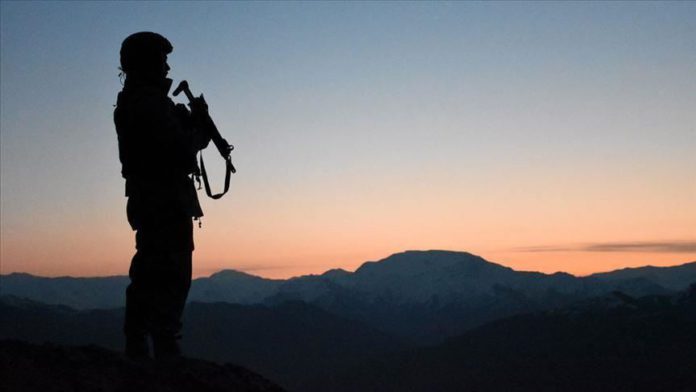 A woman affiliated with the PKK terror group on Sunday surrendered to Turkish security forces at the Syrian border, according to local security forces.

The 22-year-old terrorist, identified by the initials M.B., had joined the PKK in 2015 and after persuasion efforts by the security forces, she turned herself in at a border post in the Nusaybin district of southeastern Mardin province.

She was brought to the Sirnak province, where she met her two sisters and a brother in-law.

M.B. said she joined the terror group due to familial reasons in 2015 and was part of the YPJ, the women’s wing of the YPG/PKK terrorist organization in northern Iraq and Syria.

She said that she was encouraged by those who fled the terror group to reunite with their families, adding she regrets joining it.