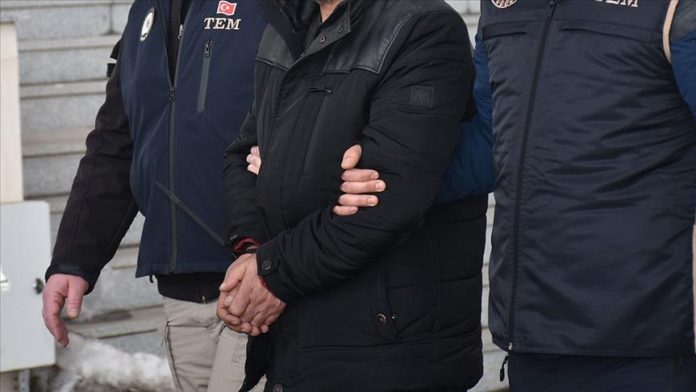 A suspect initially arrested in Turkey’s resort city of Antalya for an alleged robbery was later identified as a PKK terrorist, security sources said Monday.

Identified by the initials, F.D., he was linked to forest fires during 2016-2017 in the Kumulca district of the Mediterranean city, said the sources speaking on condition of anonymity due to restrictions on speaking to the media.

He was first arrested by local gendarmerie units in Antalya on March 3 over the alleged robbery.

The suspect had burn marks on his face and hands, and upon further investigation, it was found he had contacted the PKK terror group to start the forest fires.

He confessed to his crimes during interrogation and was remanded in custody for links to the PKK/KCK terror group and for taking orders from the terror group to start forest fires.

Security sources said the terrorist PKK began aggression against the environment under “the Children of Fire Initiative”, a group close to the YPG/PKK, following Turkey’s successful anti-terror operation across the country.

PKK was aiming to re-introduce itself as “eco-terrorists” by starting forest fires in various regions and exterminating wildlife, said the sources.

US lawmakers lash China for treatment of Uighurs