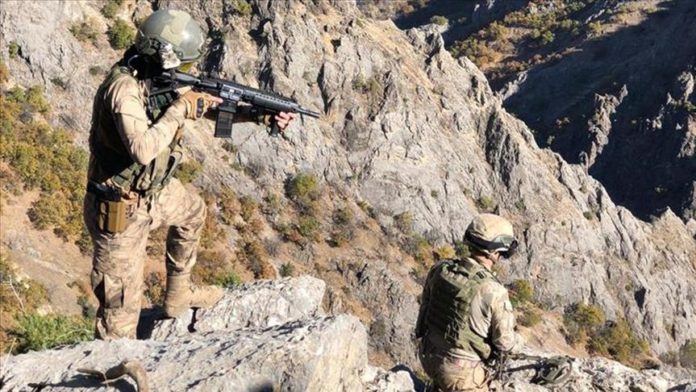 At least 164 YPG/PKK terrorists were neutralized in operations across Turkey in December, according to data compiled by Anadolu Agency.

The PKK – listed as a terrorist organization by Turkey, the US, and the EU – has been responsible for the deaths of some 40,000 people, including women, children, and infants, in an over 30-year terror campaign against Turkey. The YPG is the PKK’s Syrian offshoot.

Of the 112 suspects arrested last month, 61 were sent to prison, including Leyla Guven, former lawmaker of the opposition Peoples’ Democratic Party (HDP), a party Ankara accuses of having links to the YPG/PKK.

Another high-profile figure apprehended was Cihan Yavuz, who was serving as deputy mayor of Istanbul’s Sisli district.

A PKK terrorist identified by the initials M.S.K., who was wanted with an Interpol Red Notice, was also arrested in Ceylanpinar district of the southeastern Sanliurfa province.

Over the course of 2020, Turkish forces persuaded at least 243 YPG/PKK terrorists to lay down their arms and surrender.

According to security sources, Turkey’s successful operations against the terror group have brought it to the brink of collapse.

The PKK is facing severe difficulties in recruiting new members and there is growing opposition within its ranks over launching terror attacks in Turkey, the sources said.

PKK leaders are in a panic over the terror group’s rapidly thinning numbers and try to hide the reality of its losses from the cadre, the sources added.