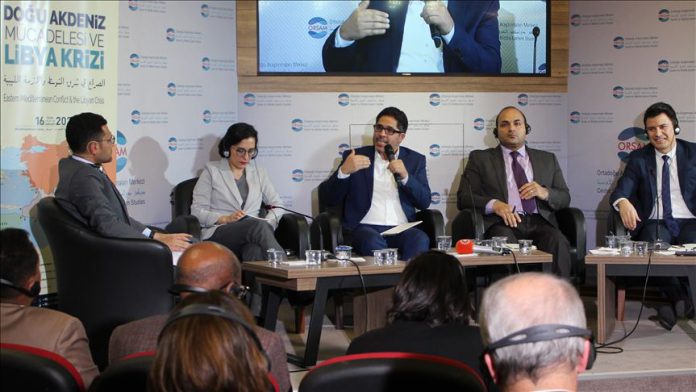 An Ankara-based think-tank on Thursday held a panel on the growing tensions in the Eastern Mediterranean region and Libya where the UN-recognized government fights self-style forces of a military commander.

Center for Middle Eastern Studies (ORSAM)’s panel, titled Eastern Mediterranean Conflict and the Libyan Crisis, was held with the participation of national and international experts and was broadcast live by Al Jazeera’s Mubasher channel.

Nebahat Tanriverdi Yasar, a researcher, said the EU and UN were mostly concerned about the refugee crisis in 2014 and therefore their main motivation back then was based on a short-term goal, meaning they only