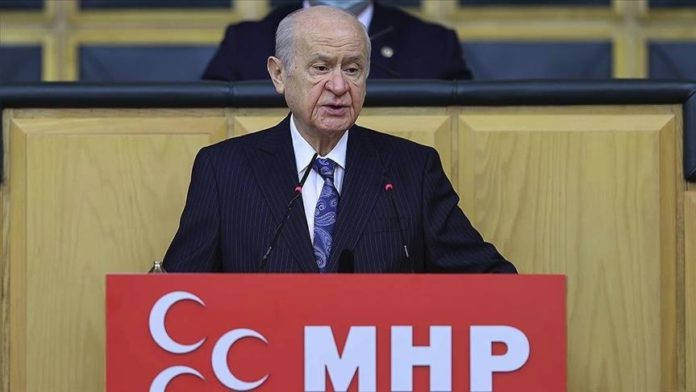 The leader of a major party in Turkey called for democracy and common sense in Armenia on Tuesday.

“Even if the subject is Armenia, we want democracy to prevail. We insistently recommend common and good sense,” Devlet Bahceli, the leader of the Nationalist Movement Party (MHP), told his party’s parliamentary group.

Bahceli urged Armenia to steer clear of coups and stay with democracy.

The unrest follows the end of a military conflict between Armenia and Azerbaijan last fall which was widely seen as a victory for the latter.

MHP chief Bahceli also said Turkey should respond according to its own interests to US calls not to use Russian-made S-400 missile defense systems it had purchased.

Underlining that Ankara should not hesitate to use the S-400 systems if faced with a threat, he said: “In our opinion, Ankara’s criteria should be valid for the S-400s, not the formulas served by others.

“Moreover, we did not bear all the costs to relegate these weapons to rust in warehouses,” he added

Last December, the US imposed sanctions on Turkey over the acquisition of the Russian S-400 missile defense system.