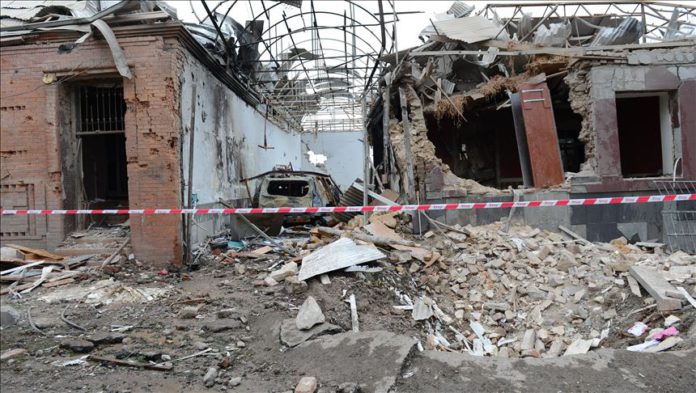 He added that he stood with Azerbaijan in its “just cause.”

“Armenia is the only anti-peace and anti-stability [side] in the southern Caucasus. Now, the international community should not remain silent towards the bloody attacks on civilians,” he said in the written statement.

Referring to ongoing tensions in the Upper Karabakh region, he added that it was now a “historical necessity” that Azerbaijan be joined with its southwestern exclave, the Nakhichevan Autonomous Republic, which is surrounded by Armenia, Iran and Turkey.

“As a result of this unification, one voice, one breath, one heart will fight against the oppressor and the enemy,” he said.

Relations between the two former Soviet republics of Armenia and Azerbaijan have been tense since 1991, when the Armenian military occupied Upper Karabakh, an internationally recognized territory of Azerbaijan.