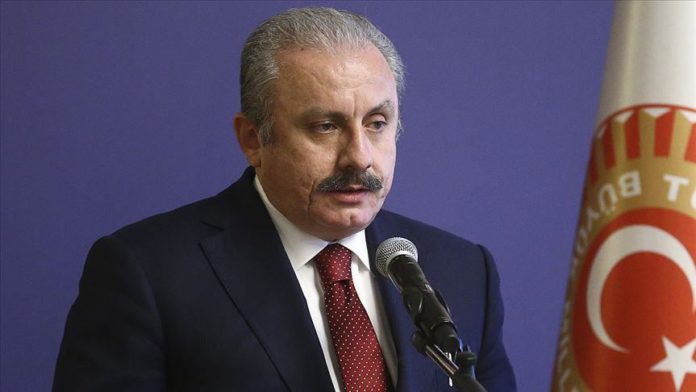 Sentop called on the international community to condemn Armenia’s attacks on civilians.

“Those who still shut their eyes to these war crimes should know that they will be accused under international law of being accomplices,” he said.

Thirteen civilians were killed, including two children, and more than 40 others injured, when the Armenian army struck Azerbaijan’s second-largest city, Ganja, with missiles.

Since new clashes erupted on Sept. 27, Armenia has continued its attacks on civilians and Azerbaijani forces, who defend the rightful owners of the occupied region.

The OSCE Minsk Group was formed in 1992 to find a peaceful solution to the conflict, but to no avail. A cease-fire was agreed to in 1994.