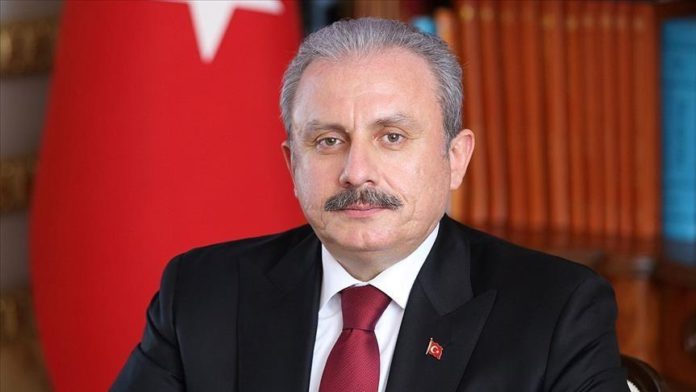 Turkey’s parliament speaker on Saturday hit back at baseless, ignorant claims the European Parliament made about Turkey.

“We reject the uninformed, unfounded, and malicious allegations against our country” adopted by the European Parliament’s General Assembly on the 10th anniversary of the Syrian conflict, Mustafa Sentop said on Twitter.

Since the war began, Turkey extended its hand to millions of refugees from Syria and became the voice of refugees as part of its loyalty to humanitarian values, Sentop added.

While fighting terrorism, Turkey will continue to contribute to efforts for a political solution to the Syrian conflict on the basis of UN Security Council Resolution 2254, he said.

It is also regrettable that the European Parliament has failed to take a stand against PKK/YPG terrorist attacks on Syrian civilians, said Sentop.

“We called on the European Parliament to support the political process in Syria and to side with Turkey, which opened its doors to 3.7 million Syrians, is protecting NATO’s and Europe’s borders, and is respecting international law,” he stressed.

Also speaking to the reporters, Sentop said: “The [European] Parliament’s claim comes as little surprise. There is still a crowd of selfish and self-interested politicians in Europe.”

Those who can see what Turkey has gone through due to the Syrian civil war should be ashamed of making such statements, he added.

Turkey is the number one country in the world in terms of respect and loyalty to international law, he said.

Since 2016, Turkey has launched cross-border operations from its southern borders into northern Syria to protect both Syrian locals and Turkey from terrorist attacks by the YPG/PKK, working to create a “safe zone” along its borders.

In its more than 35-year terror campaign against Turkey, the PKK – listed as a terrorist organization by Turkey, the US, and the EU – has been responsible for the deaths of 40,000 people, including women, children, and infants. The YPG is its Syrian branch.