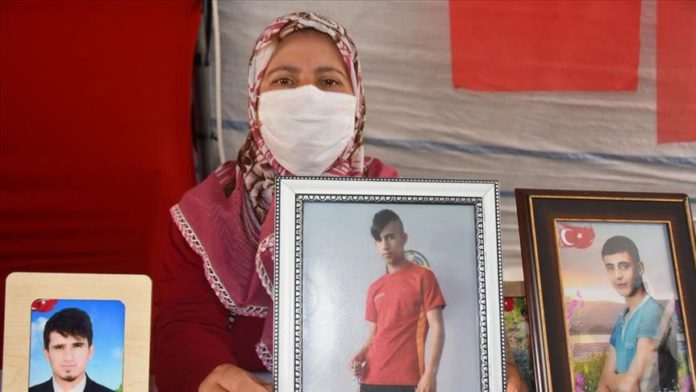 A long-running sit-in protest by families whose children were kidnapped by YPG/PKK terrorists entered its 374th day on Thursday, with their outcry growing louder every day.

The protest began last September in the southeastern Turkish city of Diyarbakir, when three women said their children had been forcibly recruited by the YPG/PKK terrorists.

“We have been here for 374 days. I won’t go until my son comes back,” said Saadet Odumlu, whose son Yusuf was recruited six years ago when he was 16.

“They deceived you, so you can deceive them and run away. They are traitors,” she said, urging her son to surrender to the state. She accused the terrorist PKK/YPG and HPD of recruiting her son.

Another protestor Sevket Bingol, whose son was recruited six years ago from Istanbul, accused the HDP of kidnapping children.

He also called on his son to come back, saying he will not give up protesting until his son surrenders.

So far, over 150 families came from across the country to protest the pain of being separated from their children.