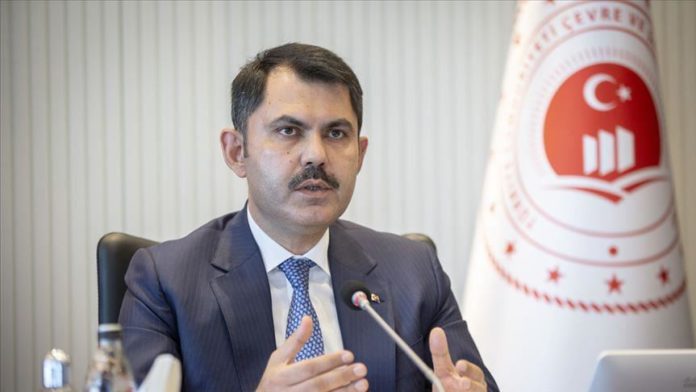 The coronavirus pandemic has revealed the importance of green transformation, Turkey’s environment minister said on Wednesday.

Speaking at the Group of 20 Environment Ministers’ Meeting via video conference, Murat Kurum said that keeping a clean world and healthy future for the next generation are critical responsibilities.

“Climate change has become a global crisis that does not respect borders,” Kurum said, adding that floods so far in 2020 have caused billions of Turkish liras in damages and killed tens of people.

He noted that by prohibiting free plastic bags in most cases, Turkey reduced its use by 80%.

Owing to the policy change, 8,000 tons of greenhouse gas emissions have been prevented in the last year.

A total of 210 million Turkish liras ($35 million) saved from not producing plastic bags were used for environmental investments of local governments, according to the data in January.

The country also will shift to a “climate friendly” deposit-refund system in 2021.