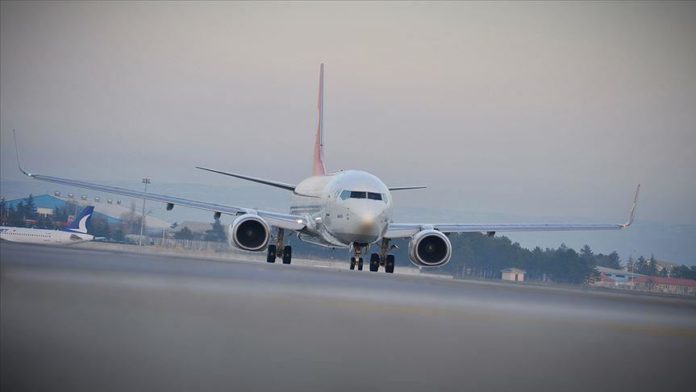 The total number of passengers using airway in Turkey exceeded 8.8 million in October, the country’s Transport and Infrastructure Ministry announced on Monday.

Domestic passengers traveling through airports in Turkey was 5.1 million while international passenger traffic was 3.7 million. These passengers also included direct transit passengers, according to the figures released by the ministry.

The number of aircraft landing and taking off at the airports was 61,364 on domestic flights and 31,015 on international flights. The total aircraft traffic, including overpasses, was recorded as 108,119.

Aircraft traffic landing and taking off at Turkey’s airports in 10 months of the year was 482,249 on domestic lines and it was 239,835 on international flights.

The cargo traffic at airports, during January-October period, exceeded 1.96 million tons, with 414,264 tons on domestic flights and over 1.55 million tons on international flights.