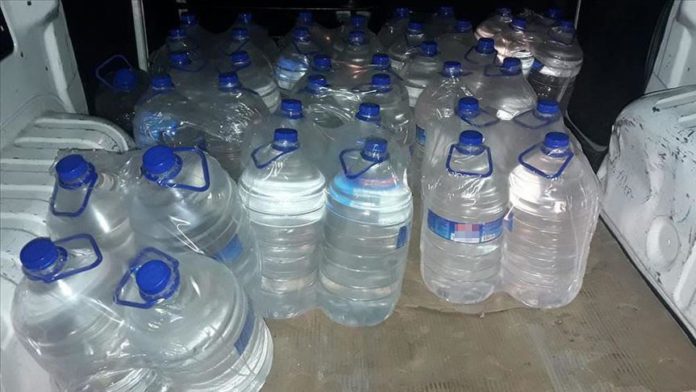 Turkish forces seized on Tuesday 7,360 liters of bootleg ethyl alcohol from two separate locations amid stepped up efforts against moonshine.

Provincial police teams conducted an operation in the Avcilar district of Istanbul in connection with a recent poisoning in the southern Mersin province. They seized six tons of illicit alcohol and some material used in its making, and rounded up three suspects.

Separately, police launched an operation in the Yuregir district of southern Adana province, and seized 1,360 liters of ethyl alcohol. One suspect was detained.

Turkish officials vowed to intensify efforts to combat the production and sale of bootleg alcohol after recent deaths from poisoning in different cities.