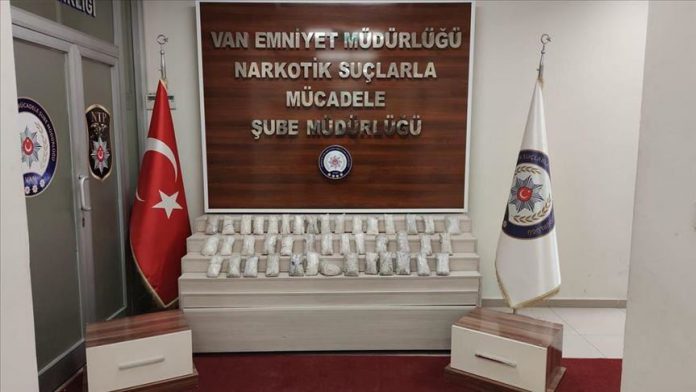 Turkish police on Friday seized nearly 8 kilograms (about 17 pounds) of methamphetamine from a truck in the country’s east, according to a security source.

The drugs were seized in Van’s Edremit district after anti-drug teams stopped the vehicle and arrested the driver in a sniffer dog-aided operation, said the provincial police headquarters in a statement.

The communique added that 30 packs of illegal drugs were found hidden in the truck, and noted that teams were continuing their efforts to fight drug trafficking and stop its personal use.

Data shows that as part of its anti-drug efforts, Turkish