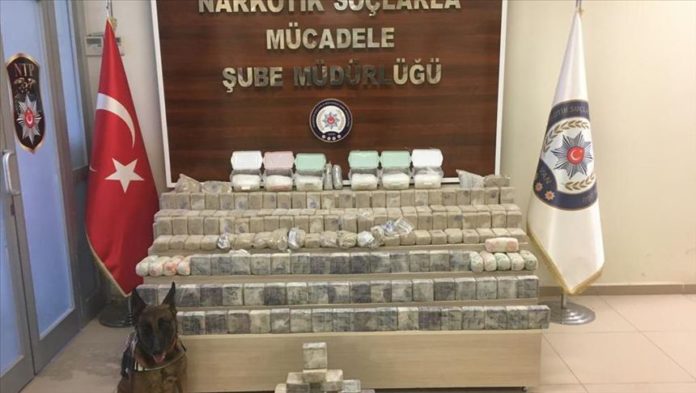 At least four suspects were arrested as over 150 kilograms of heroin, nearly 310 kilograms of marijuana, and other narcotics were seized in separate operations in Turkey on Wednesday.

A sniffer dog named Sila helped dig out 154.1 kilograms (nearly 400 pounds) of heroin hidden in 300 packets in a truck stopped for a search in Van province’s Edremit district, according to the provincial security directorate.

The truck driver was taken into custody, the authority said in a statement.

Some 309 kilograms (over 660 pounds) of marijuana, 10 kilograms (22 pounds) of an unspecified synthetic drug, and 2,000 pills were seized in operations in Kutahya, Diyarbakir, Hakkari, Hatay, and Van provinces

At least three people were arrested in those operations, according to a statement by the Turkish gendarmerie forces.