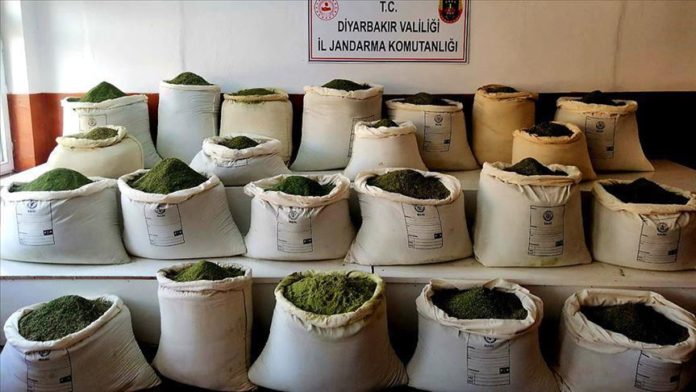 Other illegal items including pistols were also seized in the operation carried out in the countryside of the Lice district.

The raid was part of the Operation Yildirim-7, which also focuses on narco-terrorism. It was launched on Aug. 26, and aims to completely eliminate the PKK terror group and neutralize all terrorists hiding in the region.

Separately, 978 grams (2.1pounds) of drugs, two pistols and 109 cartridges were seized in simultaneous operations in five provinces, according to local police.

At least 13 suspects were detained during the raids in Erzurum, Ankara, Istanbul, Izmir and Kocaeli provinces.