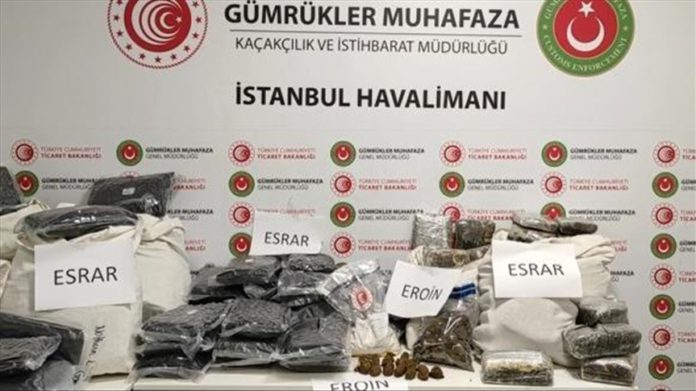 In another operation, officials jumped into action after a plane carrying a suspected drug trafficker landed at Istanbul Airport.

The suspect’s suitcases were put through an x-ray scanner, with a sniffer dog also helping in the search. Authorities found a total of 67 capsules containing over 2 kg of heroin, concealed inside tropical fruits.

Customs officers separately seized 57 kg (125 pounds) of marijuana stashed in the luggage of a suspected passenger.

The identities of the detained suspects have not yet been officially revealed.