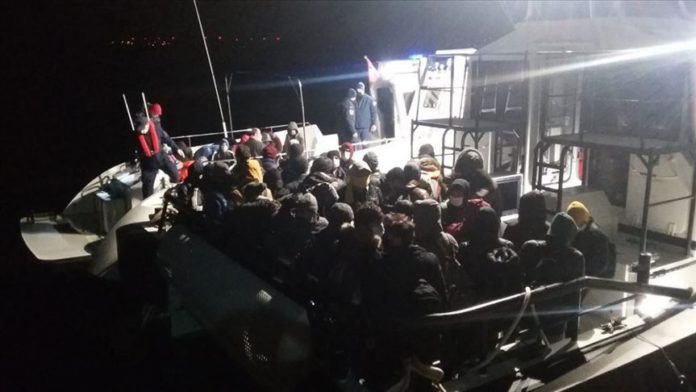 At least 124 irregular migrants were held in northwestern and northeastern Turkey, local sources said on Wednesday.

In the coastal province of Canakkale, the Turkish Coast Guard rounded up 102 migrants trying to cross to Greece off the coast of Kumburnu, said the sources, who asked not to be named due to restrictions on speaking to the media.

The migrants were taken to local repatriation center for foreigners.

After a medical checkup, the migrants were referred to local police department for further processing.