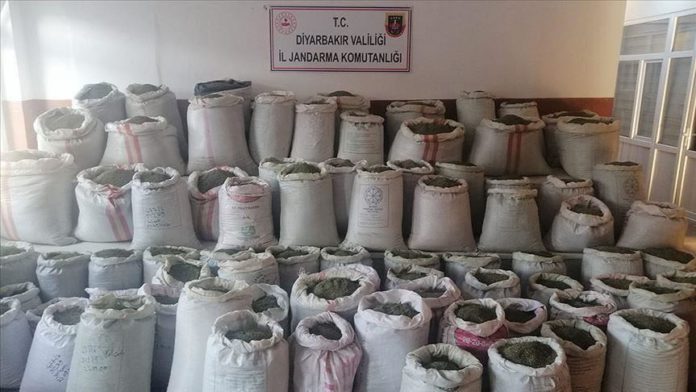 A large quantity of illegal drugs was seized by Turkish security forces in anti-drug raids on Sunday, officials said.

Some 994 kilograms (2,191 pounds) of marijuana and 247,400 cannabis roots were seized by gendarmerie command in Lice in the southeastern Diyarbakir province.

The raid was part of Operation Yildirim-7, which also focuses on narco terrorism, said the local administration in a statement.

It was launched on Aug. 26, and aims to completely eliminate the PKK terror group and neutralize all terrorists hiding in the region.

Separately, police took possession of over 282 kg (622 lb.) of heroin in two more operations in the eastern Van province.

The driver of the four-wheeler gave leads to a second operation, in which 161 kg (355 lb.) of heroin was found. At least three people were also detained.