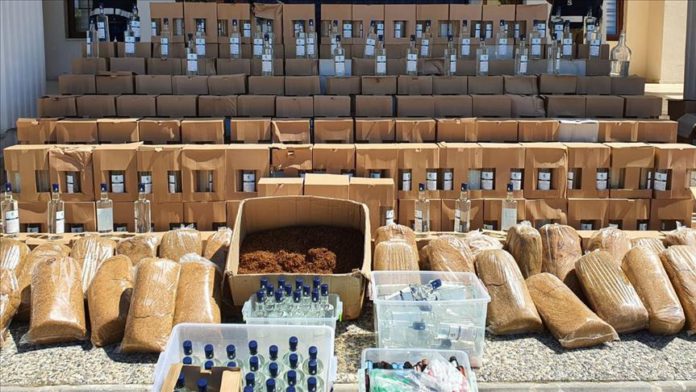 Turkish forces seized over a ton of bootleg ethyl alcohol, hundreds of fake drink bottles, and over 50,000 illicit drug pills in separate operations in the country’s east and southeast on Wednesday.

In order to prevent the sale and manufacture of smuggled and fake drinks, provincial police teams conducted an air-backed operation at a vineyard house in Sahinbey town of southeastern Gaziantep province.

Separately, provincial police teams in eastern Van province conducted an operation at a cargo transfer center, and seized over 33 kilograms (72.7 pounds) of heroin hidden in plastic cheese cans. One suspect was arrested.