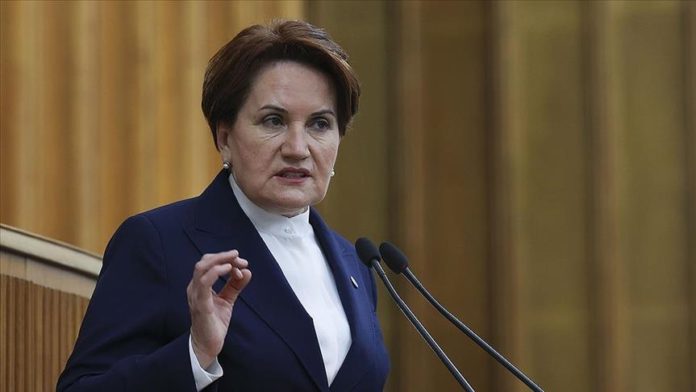 The leader of an opposition party in Turkey called on the government to be “serious” in its foreign policy engagements.

“Threats in diplomacy cannot be eliminated by shouting slogans. Running a state is a serious business,” Meral Aksener, the chairwoman of the Good (IYI) Party, told her party’s lawmakers.

Aksener accused of the government having a “lack of vision” in conducting the country’s foreign policy.

“The sanctions by the US over the S-400s are the result of this lack of vision. The fact that our observation points in Idlib [Syria], which is a national issue for us, have been quietly abandoned by the government […] is the result of this incompetence,” Aksener said, referring to recent US sanctions on Turkey last week over its previous acquisition of the Russian S-400 missile defense system.

“The inability to say a single word to China, which persecutes our brothers [Uighurs] of East Turkistan, is the result of this inability,” she added.

“Turkey, unfortunately, has become a country that [others] want to punish for exercising its right of sovereignty,” she added, about ongoing disputes in the Eastern Mediterranean over drilling rights.

US candidate who died of COVID wins spot on legislature