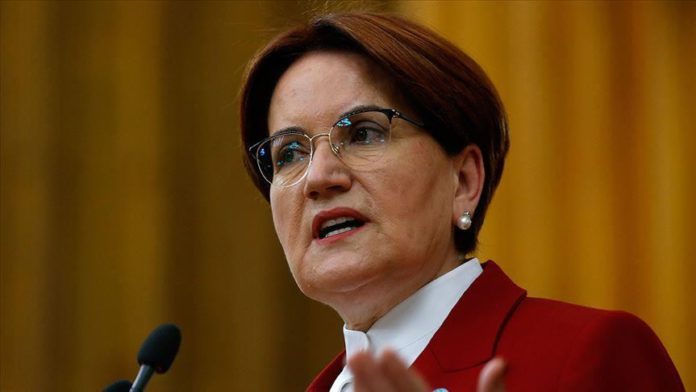 A Turkish opposition party on Tuesday voiced support for the government standing with neighboring Azerbaijan in the face of Armenian attacks.

“The government is taking the right stance on supporting Azerbaijan, we support this stance,” Meral Aksener, leader of the Good Party (IP), told her party’s parliamentary group.

However, Aksener urged the government to carry out the right diplomatic strategy with all states involved in the Upper Karabakh issue, where the fighting has been centered.

“This should not be diplomacy with [just] one country, but with all countries and institutions that can be part of this issue,” Aksener said.

“It is very important to put rationality into action and to take some steps that can yield results,” she added.

Aksener said Turkey’s most important asset is Azerbaijan’s righteous cause on Upper Karabakh, an Azerbaijani territory occupied by Armenia.

“If we verify this reality at the right time and place, we can get results,” she said.