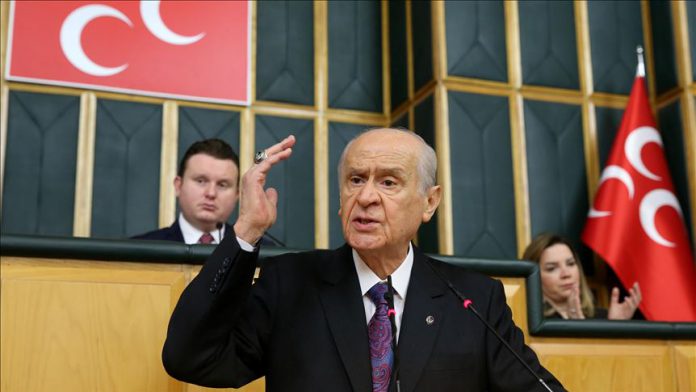 In a statement on Twitter, Devlet Bahceli said the Moscow Summit was a “positive” move as it was directly related to regional stability and peace.

Turkey and Russia are two guarantor countries responsible for facilitating and administrating the cease-fire regime in Syria, Bahceli said.

He added that all military activities in the region were suspended as of Thursday midnight, and both sides reached a consensus regarding the “temporary” cease-fire.

Bahceli said a “safe corridor” would be

US officially orders families of embassy staff to leave Ukraine