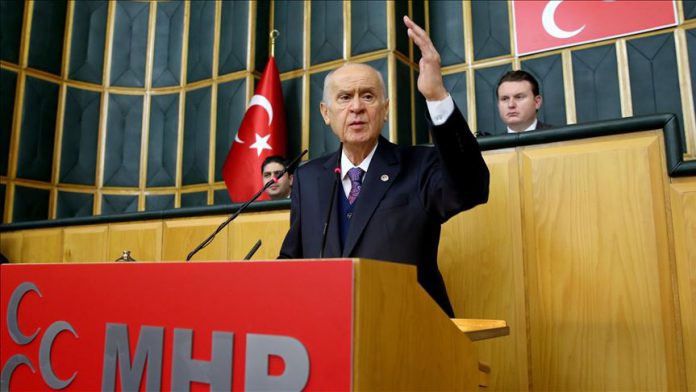 Turkey’s main opposition party on Tuesday came under fire for its stance on Libya.

The Republic People’s Party (CHP) should not “be afraid of protecting Turkey’s rights and interests,” Devlet Bahceli, head of the Nationalist Movement Party (MHP), told his party’s parliamentary group.

“Love of country and flag does not mislead you, but makes you a domestic and national person,” he added.

Turkey’s policies on Libya are an issue of intelligence, mentality, and morality, said Bahceli.

“Within this perspective, the CHP lost its reliability, reputation, and cogency,” he claimed.

On Jan. 2, the Turkish parliament ratified a motion authorizing

Germany to end most coronavirus restrictions by late March