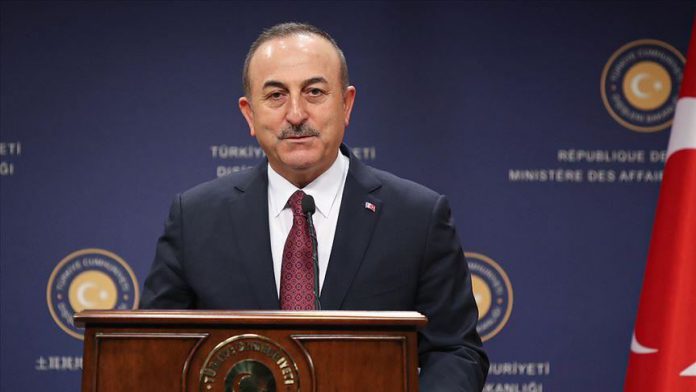 Turkey is opposed to mercenaries coming to Libya as they will hinder efforts to maintain peace and stability, said the foreign minister on Monday.

“However, our aim is to establish a cease-fire as soon as possible and to contribute to the revival of the political process and to accelerate it,” Cavusoglu said.

Turkey’s parliament last week passed a motion allowing the deployment of troops in Libya for one year in order to respond to threats from illegitimate armed groups and other terror groups targeting both countries’ national interests.

The resolution also aims to provide security in Libya in the face of any possible mass migration and to provide Libyans with humanitarian aid. Turkish forces will be able to launch an “operation and [military] intervention” to protect Turkey’s interests and prevent future irreparable situations.

Libya has remained beset by turmoil since 2011 when a bloody NATO-backed uprising led to the ouster and death of long-serving President Muammar Gaddafi after more than four decades in power.

Since then, Libya’s stark political divisions have yielded two rival seats of power — one in Tobruk and another in Tripoli — and a host of heavily-armed militia groups.

Cavusoglu said that Turkey supports the dialogue between Sudan and South Sudan and urged the international community to do the same.

“We do not find it right to put embargoes on South Sudan,” he said.

Cavusoglu said it was the first Foreign Ministry level visit to Turkey from South Sudan after it gained independence in 2011.

He added he was planning to visit South Sudan by the end of 2020.

Turkey’s top diplomat reiterated good political relations between the two nations, adding that they should focus on increasing trade volume.

Cavusoglu said efforts are underway to ink cooperation agreements in various fields, such as culture, defense industry and economy.

“In the coming period, we will continue to contribute to the stability, security and economic development of South Sudan and Africa region, while improving our bilateral relations,” he said.

Acuil, for his part, highlighted the historical ties between two countries and said they want to improve relations with Turkey in every field.

“I am here to deepen our relations and share our richness in South Sudan with you,” Acuil said, adding that South Sudan could gain from investment in oil, gold, mining, natural gas, agriculture and fishery.

He added that they want to benefit from Turkey’s technical knowledge, calling for investments from Turkish business circles.