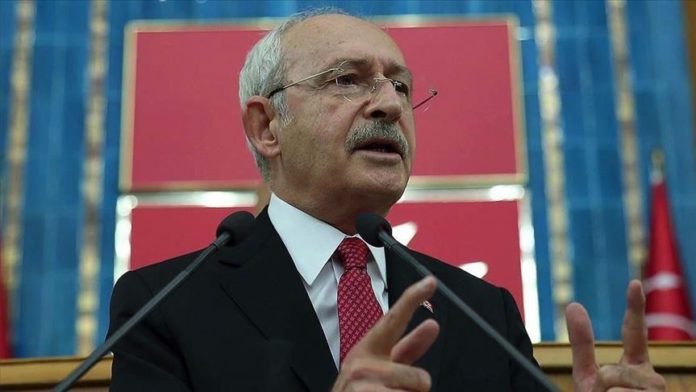 The Turkish opposition leader said on Tuesday he hopes a peace process between Azerbaijan and Armenia will begin soon as the sides signed a Russia-brokered deal to end fighting in Nagorno-Karabakh.

“The agreement will contribute to the easing of tensions in the region, and help end the war. I hope a peace process will happen again,” Kemal Kilicdaroglu, the leader of the Republican People’s Party (CHP), told his party’s parliamentary group.

He said: “I think relations will improve after the end of occupation in Karabakh,” the conflict would come to an end, and the neighbors will start a consistent dialogue.

Azerbaijani President Ilham Aliyev has hailed the peace deal as a victory for his country, saying Baku’s military success has enabled it to gain an upper hand to end the three-decade-long occupation of its territory.

The Turkish leadership has also welcomed the truce, terming its a “great victory” for Azerbaijan.

Relations between the two former Soviet republics over Upper Karabakh have remained tense since 1991, with fresh clashes erupting on Sept. 27.