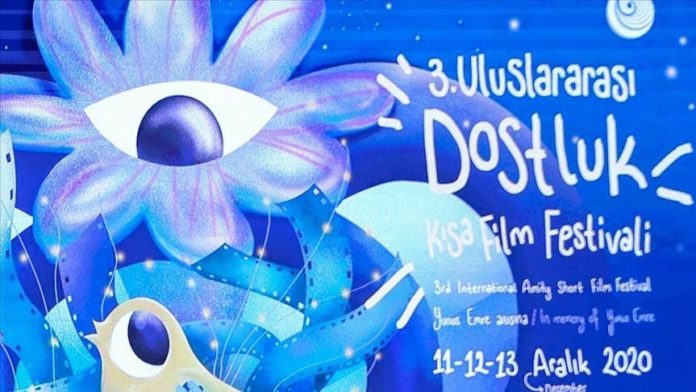 This year, the festival is being held to honor the memory of the late poet, Yunus Emre.

On the first day, the movies shown will be: Where We Come From, Le Syndrome d’Archibald, Dummy, Shriek, and Tor.

Other films, Moon Drops, Close Your Eyes and Look at Me, Circo de la Vida, The Fosterless, Yagmur Olup Sehre Dusuyorum, and Paydos will be shown on the subsequent days.

The feature film, See Factory Sarajevo Mon Amour can only be viewed by a private audience.

The festival can be accessed at www.dostlukfilmfestivali.com.

Turkey’s Culture and Tourism Ministry is supporting the event with Anadolu Agency as its global communication partner.

The festival will also host various conferences, interviews, and workshops, with the final awards ceremony scheduled for Dec. 14.