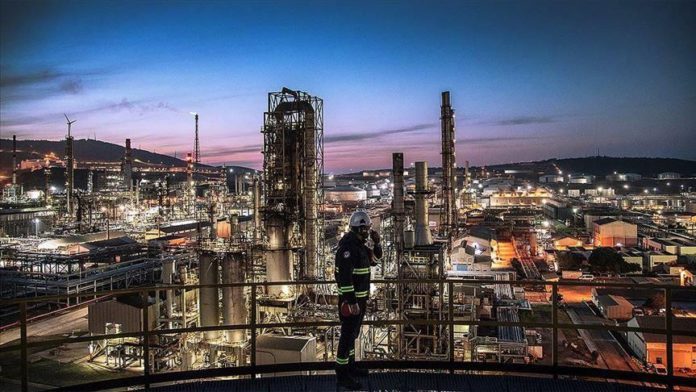 The energy giant Tupras reclaimed the title of biggest industrial enterprise in Turkey in a list announced by the Istanbul Chamber of Industry (ISO) on Monday.

According to the 2019 survey, oil refiner Tupras retained the leadership with production-based sales worth 87.95 billion Turkish liras ($14.48 billion) in the list of Turkey’s Top 500 Industrial Enterprises.

Established in 1983, Tupras has been leading the list for years.

The survey revealed that the total production-based sales of industry giants posted an annual increase of 16.4% — the lowest rise during the last three years — to exceed 1 trillion Turkish liras ($176 billion).

Erdal Bahcivan, the head of ISO, said the industrial companies’ performance slowed in 2019 due to drop in domestic demand, inflation and the global trade, and fall in commodity prices.

Meanwhile, middle-high and high technologies’ share in added-value, produced by firms in the list, exceeded the 30% level and reached 30.4% in 2019, he underlined.

“This increase stemmed especially from defense and aviation sectors, which developed significantly during the last years,” he said.

The ISO has been announcing data on Turkey’s top 500 companies since 1968.

Use of digital media booms amid lockdown