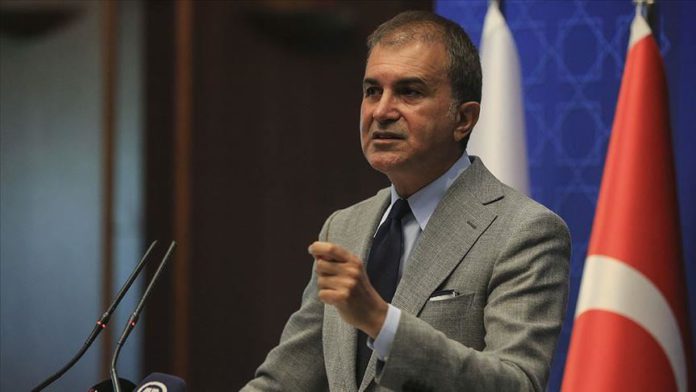 Ankara will not allow any injustice against the Turkish Republic of Northern Cyprus (TRNC), Turkey’s ruling party said on Wednesday.

Omer Celik, the spokesman for the Justice and Development (AK) Party, said a decision by the US to partially lift an arms embargo on Greek Cypriot administration was a “completely wrong decision.”

On Tuesday, the US Secretary of State Mike Pompeo informed Nicos Anastasiades, the leader of the Greek Cypriot administration, about the partial lifting of the arms embargo and discussed “deepening” their security relationship.

“While we favored negotiations on an equitable basis, Greece has damaged this ground with pirate agreements,” he said, adding that the Greek Cypriot administration would never be able to “usurp the rights of the Turkish Cypriots.”

The US announcement came amid markedly strained tensions in the region between Turkey and several nations in the Eastern Mediterranean.

Following the forcible 1963 division of the island of Cyprus by the Greek Cypriots, the Turkish Cypriots suffered under a campaign of ethnic violence.

In 1974, following a coup aimed at Cyprus’s annexation by Greece, Ankara had to intervene as a guarantor power. In 1983, the TRNC was founded.

For many decades, there were talks to resolve the dispute, all of which ended in failure. The latest, held with the participation of the guarantor countries — Turkey, Greece and the UK — ended in 2017 in Switzerland.

In a recent report, UN Secretary-General Antonio Guterres said that “new ideas” may be needed for settling the issue of the island.