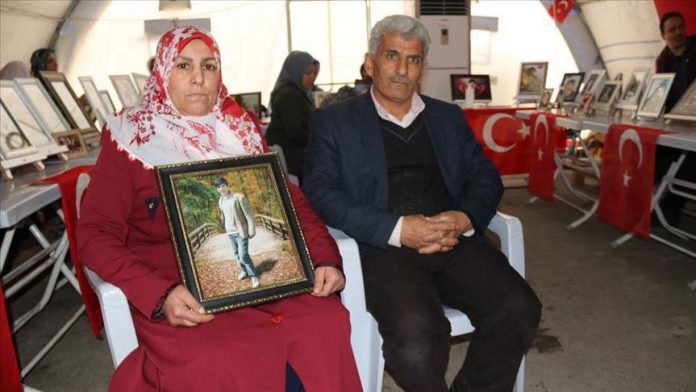 More families with hearts crushed over the recruitment of their children and relatives by the PKK terrorists are gathering in southeastern Turkey since last September for a sit-in protest against the terror group.

On its 177th day, Zumrut Salim, mother of a teen son Hamza, joined the protest staged outside the Diyarbakir office of the Peoples’ Democratic Party (HDP), a political party accused by the government of having links to the YPG/PKK.

The mother said her son was kidnapped in the eastern Hakkari province six years ago when he was 14.

The father, Tahir, said that his son