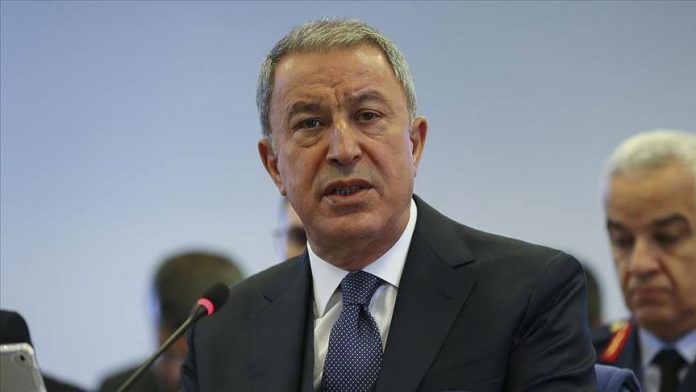 “Turkey didn’t use and will not use any ammunition or chemical weapons prohibited by international law and agreements,” Hulusi Akar said, referring to Operation Peace Spring launched to eliminate terrorists from northern Syria, east of the Euphrates River.

Akar, who was addressing the parliament, said around 1,200 terrorists have been neutralized since the launch of the operation.

The minister noted that some 158 members of terrorist organizations were also neutralized since Turkey launched Operation Claw in northern Iraq.