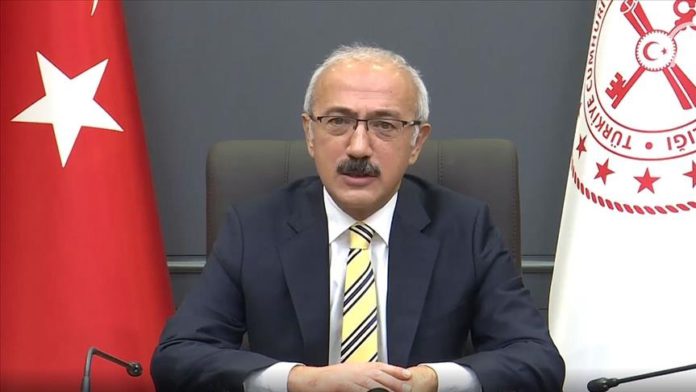 Turkey’s Finance Minister Lutfi Elvan Wednesday said January inflation figures are far from the country’s targets, stressing that the government will never compromise on measures in fighting the inflation.

“We will act with consultation mechanisms that include all parties. Sustainable growth is not possible without achieving price stability,” Elvan said on Twitter.

The annual figure was up 0.37 percentage point last month, rising from 14.60% in December 2020, according to the Turkish Statistical Institute (TurkStat).

Turkey’s Central Bank on Tuesday submitted an open letter to the government explaining why annual inflation was higher compared to the country’s target range last year.

Liquidity measures taken to contain the adverse effects of the novel coronavirus pandemic, as well as credit expansion, were among the main culprits, the bank said.

It also stressed that even though consumer inflation was restrained by weak demand for goods and services amid the pandemic, inflation remained up in categories where the pass-through from credit and exchange rate developments were relatively high.

Last week, the bank kept the country’s year-end inflation forecasts unchanged at 9.4% this year and 7% next year.

The inflation rate will fluctuate between 7.3% and 11.5% through the end of this year, the bank’s governor told a virtual meeting held to release the bank’s first quarterly inflation report of the year.

Inflation is projected to stabilize around 5% by 2023, Naci Agbal added, saying tight monetary stance will be resolutely maintained until the target is reached.