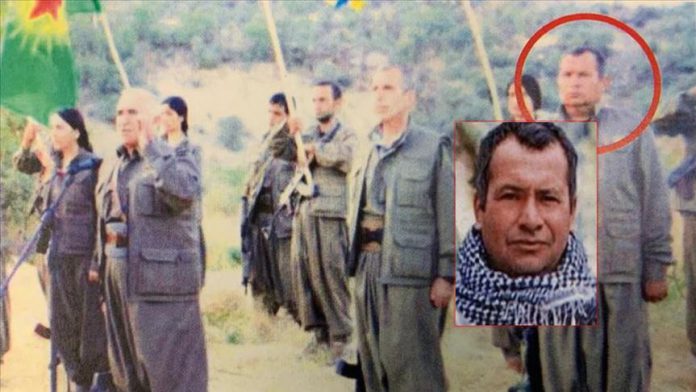 Arslan, codenamed Kocer, is also the cousin of the terror group’s ringleader Abdullah Ocalan, said the sources who asked not to be named due to restrictions on talking to the media.

The terrorist was wanted in the red category of the Interior Ministry’s list. The list is divided into five color-coded categories, with red as the most wanted, followed by blue, green, orange and gray.

The 52-year-old man who joined the terror group in 1994 was the mastermind of many plots targeting Turkey. He had been injured in a Turkish airstrike in northern Syria in 2017.

In its more than 30-year terror campaign against Turkey, the PKK — listed as a terrorist organization by Turkey, the U.S., and the EU — has been responsible for the deaths of over 40,000 people, including women, children, and infants.