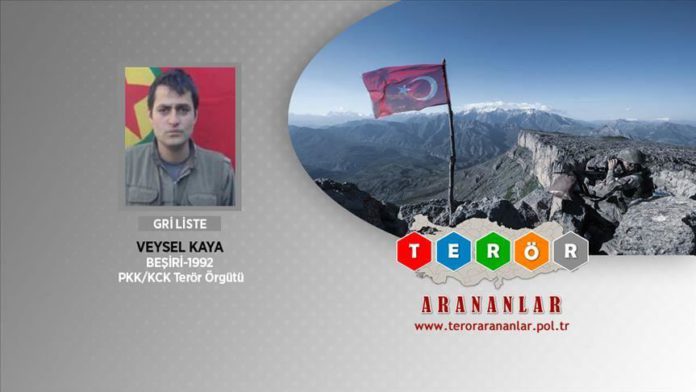 One of the three terrorists neutralized in Turkey’s east was in the Interior Ministry’s wanted list, the ministry said on Wednesday.

Ahmet Korhan, codenamed Serhat, was in the grey category of the Interior Ministry’s wanted list and sought with a bounty of 500,000 Turkish liras ( $73,903) on his head.

After a DNA test, Korhan was found to be in the wanted list and was also known to be the in-charge in Suruc and Bozova districts.

Another terrorist, identified as Veysel Kaya, codenamed Mazlum Garzan, was among those neutralized. Kaya, who used to set up explosives, also played a role in the killing of a Turkish soldier, Zafer Akkus.