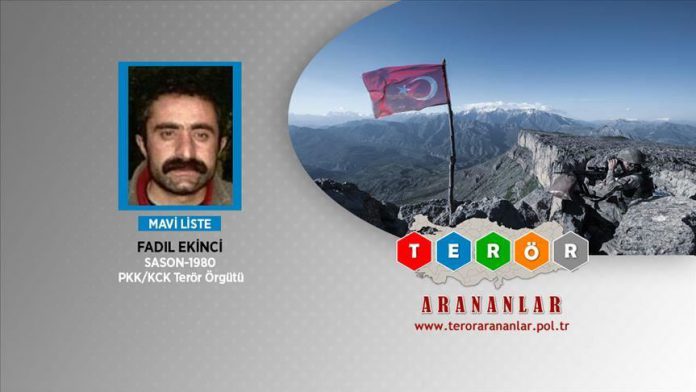 Fadil Ekinci — codenamed Zinar — a so-called senior PKK figure in the Zap region of Iraq, was neutralized in an anti-terror operation carried out by Turkey’s National Intelligence Organization in Iraq’s Zap region.

Ekinci was in the blue category of the Interior Ministry’s wanted list.

The list is divided into five color-coded categories, with red as the most wanted, followed by blue, green, orange, and gray.