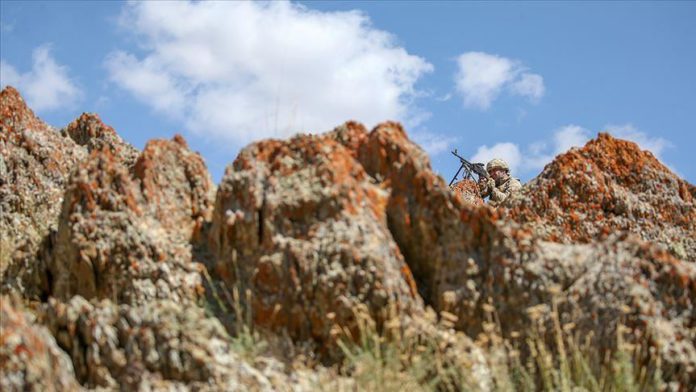 Mazlum Demir was neutralized in a joint operation conducted by the Turkish Armed Forces (TSK) and National Intelligence Organization (MIT) on Tuesday in the Gara region, the sources said, requesting anonymity because they are not allowed to speak to the media.

The sources added that Demir, sought with a red notice by Interpol, was preparing to take explosives and ammunition to Turkey for use in an act of terror.

He was remanded in custody in 2011 while preparing to carry out a bomb attack against security forces in Turkey’s southeastern province of Hakkari.

After being released, Demir, codenamed Jir, took part in terrorist acts in Turkey against security forces between 2013 and 2019, after which he began operating on behalf of the terror group in northern Iraq.