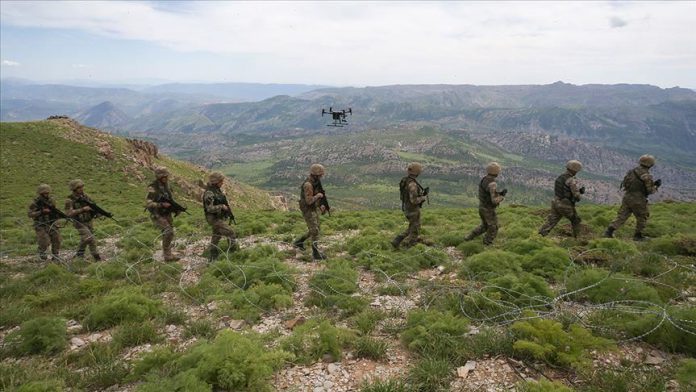 Esme Erat, codenamed Delal Nurhak, a senior terrorist in the YPG/PKK’s female branch, the PAJK, and her driver, codenamed Zilan Kobani, were neutralized in an operation late last September in northern Iraq’s Qandil region, said the sources, who asked not to be named due to restrictions on speaking to the media.